I’m currently laying on the couch, super exhausted from yesterday’s girls night! ? So, I thought I’d tell you all about it.

Yesterday was a good day. I was at work until 4, picked up the first Christmas gift on the way home and bought some groceries. I cleaned the whole apartment and prepared appetizers for the girls. Thought it would be fun to serve a cheese plate/tapas with some wine and a little Danish Christmas dessert ??. We had such a great time that I forgot to take proper pictures of everything, everyone and my outfit, so sorry haha! ? But here’s some pictures of the snacks, which, let’s face it, is most important anyway lol! 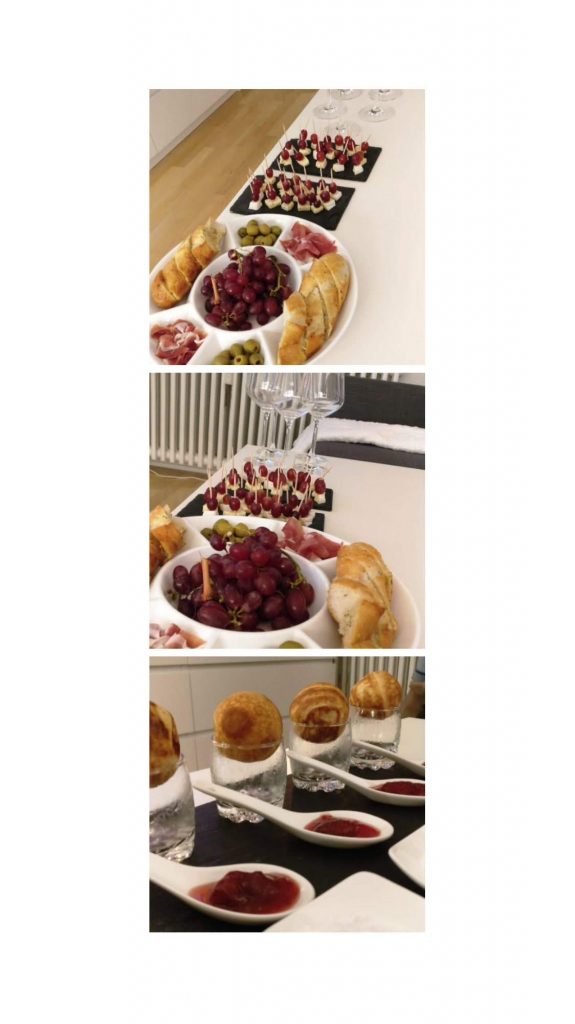 Fabian was at his office Christmas party with his work colleagues, so we had the apartment to ourselves. Later we went out to see IYAZ and party to some good RnB & Hip Hop music. The club we went to is called Medusa, and it started out SO great with really good music but then things started getting weird ?. People started behaving like animals and the music changed to some weird House music after 2 hours – so it wasn’t really the RnB night they promoted afterall. SUCH a shame! And to be quite honest, I was super disappointed because when you promote an event to be an oldschool RnB & Hip Hop night, that’s what it’s supposed to be, not some weird House music. Not cool ?. So we left quite early, and then faced some problems when the girls working at the checkroom didn’t want to return Jasmina’s jacket ??? She got her jacket in the end, so it’s all good but it was still a little adventure!

Now I’m just chilling on the couch and about to watch a Christmas movie ?.

Hope you have a great weekend!